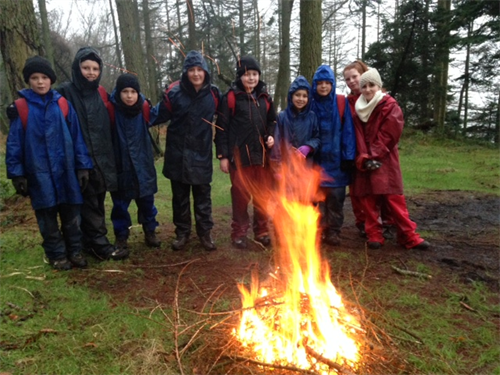 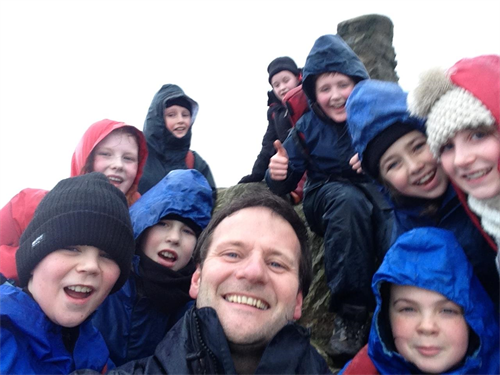 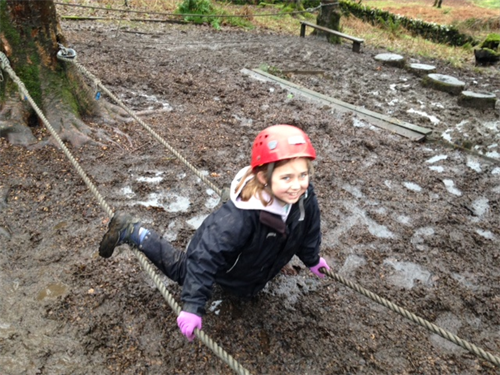 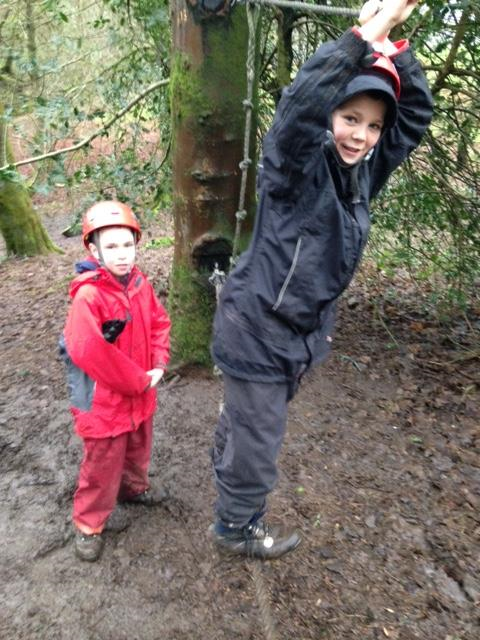 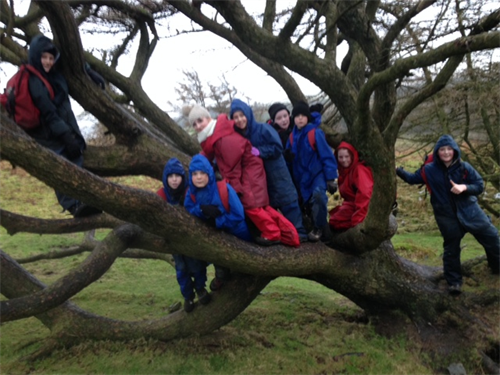 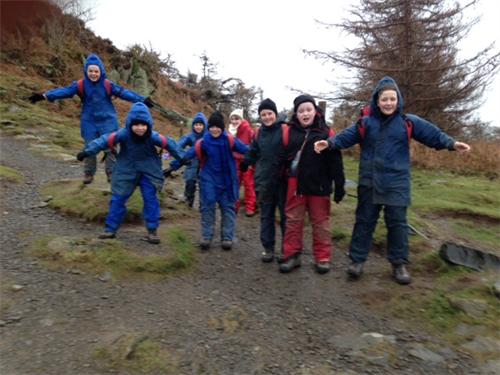 Today sir dared us to jump into a huge puddle so we did. Our wellies were full of water and it was freezing! Connor jumped in after, lets just say there was a little scream before he jumped back out. Then the rain came, well that just added to us being soaked.

We eventually managed to get through the caves, even though some of us got scared and were tempted to go the wrong way! The best bit so far has definetly been the rock climbing.

Having a great time.

Today, we went to Humphrey head woods and we got put some challenges. We got ourselves into groups, and then we started the first challenge, which was making a fire. Pete (our instructor) made us find wood to start the fire off. When we were collecting the sticks, Connie found a sheep skull! So now, we're going to put it in the outdoor classroom. Finally, we had to make a shelter. We tied rope to a tree, then put tarp over it. On the way out, we also found a dead rabbit!

Hope to see you tomorrow,

From Connie, Isabel and Tara

These are two pictures of us (Olin and Michael) doing archery. We kind of failed :(  I,Olin hit the white bit and it bounced off but it was funny. And me, Michael ALMOST hit the white. my favourite part of Ghyll head (this is Olin) was when we went rock scrambling and how we climbed on a cliff face and how we found rocks that could make *wolfs blood* and how the wind pushed me over and it was funny👻.Me (Michael) Had a favourite part of the zip wire which had me screaming I'm gonna die and I can fly  LOL!

Looking forward to get home tomorrow.

From Olin and Michael.