St. Mary’s is a Roman Catholic primary school provided by the Diocese of Salford and therefore requires all students to be baptised members of the Roman Catholic Church.

To apply for a place at St Mary's you will need to apply both to the Local Authority AND by filling in the schools own supplementary form which can be obtained from the school office.

St Mary’s RC Primary School is a Roman Catholic Primary School under the trusteeship of the Diocese of Salford. It is maintained by Manchester Authority.

As a Voluntary Aided School, the Governing Body is the Admissions Authority and is responsible for taking decisions on applications for admissions.

The co-ordination of admissions arrangements is undertaken by the Local Authority. For the school’s year commencing September 2021, the Governing Body has set its admissions number at:

Parents/Carers must accept all policies drawn up by the Governors of St Mary’s RC Primary School eg: uniform, behaviour, homework etc…. and are expected to sign to this effect before their child is admitted to the school.

ADMISSIONS TO THE SCHOOL will be made by the Governing Body. All preferences listed on the Local Authority Preference Form will be considered on an equal basis with the following set of ADMISSIONS CRITERIA forming a priority order where there are more applications for admissions than the school has places available.

a) All applicants will be considered at the same time and after the closing date for admissions which is the week before 1st April 2021.

b) A Looked After Child is a child who is (a) in the care of a Local Authority, or (b) being provided with accommodation by a Local Authority in the exercise of their Social Services functions (under section 22(1) of the Children Act 1989. A previously Looked After Child is one who immediately moved on from that status after becoming subject to an adoption, residence or special guardianship order.

c) For a child to be considered as a Roman Catholic evidence of such Baptism will be required.  (Please see appendix 1)

d) It is the duty of governors to comply with regulations on class size limits at Key Stage One. The Governing Body may exceed the regulations for twins and children from multiple births where one of the children is the 30th child admitted.

e) If in any category there are more applications than places available, priority will be given on the basis of distance from home to school. Distance will be measured in a straight line from the front door of the child’s home address (including the community entrance to flats) to the main entrance of the school using the Local Authority’s computerised measuring system with those living nearer to the school having priority. If the distance is the same for two or more applicants where this would be last place/s to be allocated, a random lottery will be carried out in a public place.

f) Where a child lives with parents with shared responsibility, each for part of a week, the child’s “permanent place of residence” will be determined as the address of the parent who normally has responsibility for the majority of school days in a week.

h) A waiting list for children who have not been offered a place will be kept and will be ranked according to the Admission Criteria. Parents will be informed of their child’s position on the waiting list which will not be operated for longer than the end of the Autumn Term.

j) If an application for admission has been turned down by the Governing Body, parents can appeal to an Independent Appeals Panel. Parents must be allowed at least twenty school days from the date of notification that their application was unsuccessful to submit that appeal. Parents must give reasons for appealing in writing and the decision of the Appeals Panel is binding on all parties.

l) The Governing Body reserve the right to withdraw the offer of a school place where false evidence is received in relation to baptism, sibling connections or place of residence.

Depending on the numbers of pupils on our waiting list we may have a small number of 15 hour places available.

This will be decided annually  and these would always be'paired' places i.e. 1 full time place may be split in to two part time places.

Nursery places for children aged 3+ years follow the same admissions criteria as the rest of the school.

Parents can obtain the appropriate form from the Main Administrative office of the school.

Nursery intakes are in September, but where there are vacancies children may be admitted at other times of the year at the discretion of the Governing Body.

If a Nursery place is provisionally offered there will be a pre admission interview in the form of a home visit, play sessions at  school  ( observation at pre- school nursery may also take place where pupils are already in private childcare settings) followed by a short induction period of around two weeks to allow children to become familiar in the Nursery environment and ensure the provision is meaningful.

For some pupils a personalised timetable may be required to support their transition to school.

A place will ONLY be confirmed if the induction period has been satisfactorily completed.

It is sometimes the case that a child is not ready to take up a school place and their admission may be deferred or refused. This is entirely a matter of objective professional judgement by the Headteacher and no appeal may be made against the decision.

The maximum number in Nursery is 39 places.

Parents are invited to place their children on the Waiting List as soon as possible. For each child to do so, they will need to produce:

The PAN refers to the number of pupils in each year group.

The school operates a waiting list for each year group: pupils are added to the list according to their admission category. Parents are asked to complete the School Admission Form and the Manchester Local Authority Common Application Form in accordance with the co-ordinated Admissions Scheme. 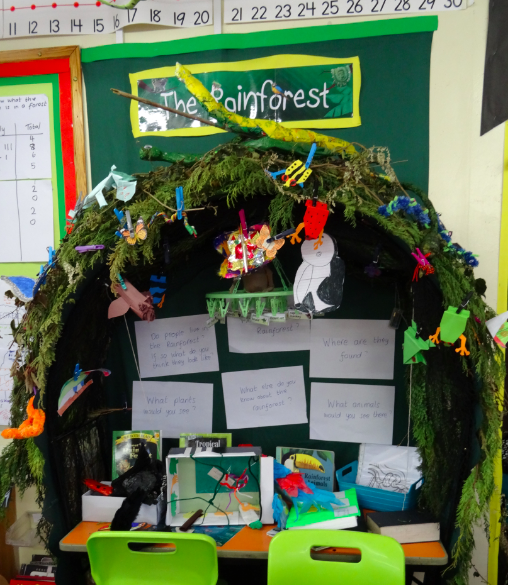