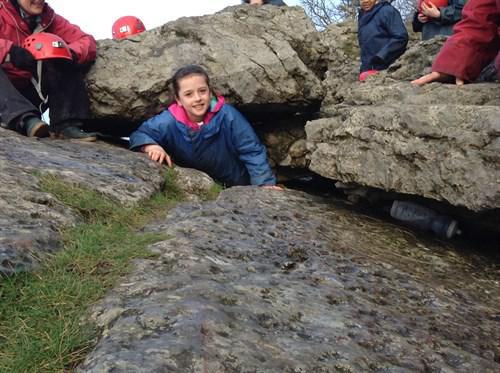 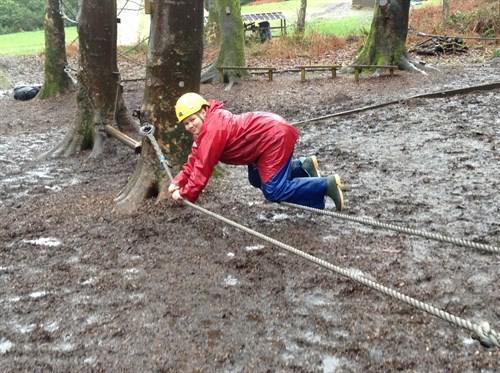 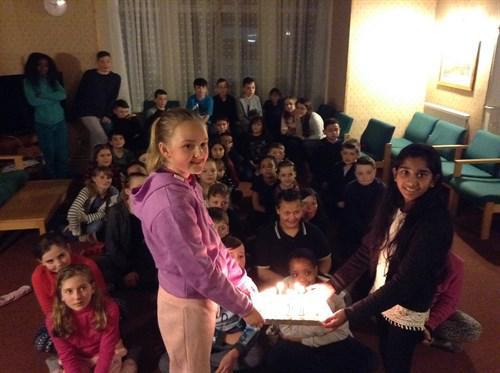 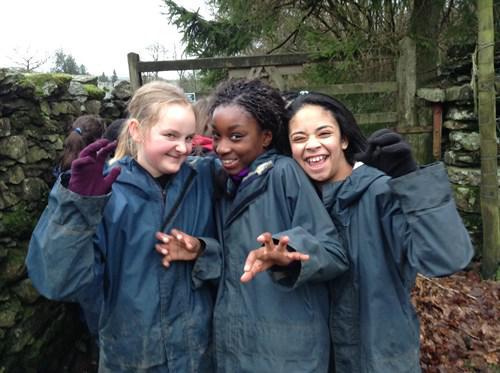 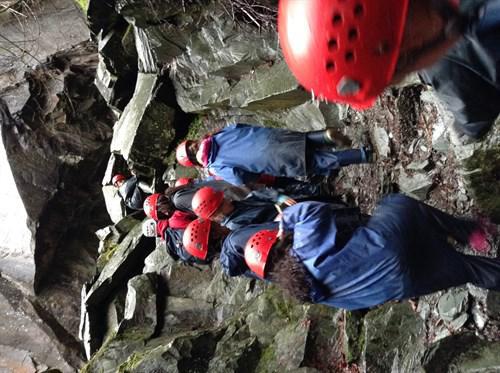 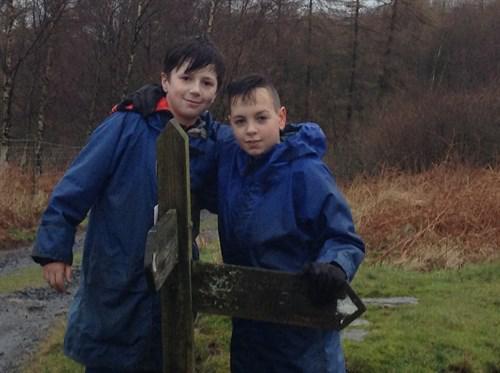 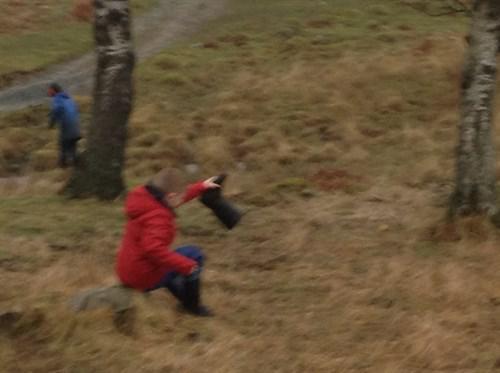 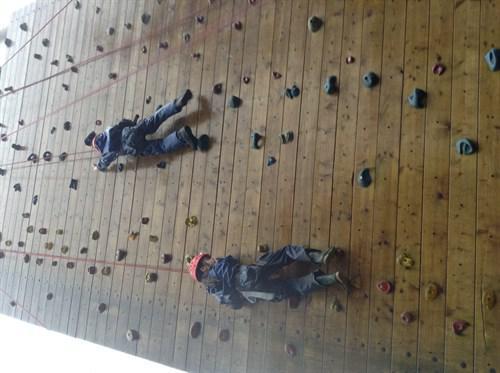 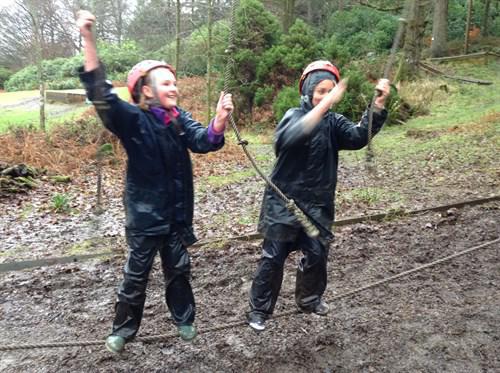 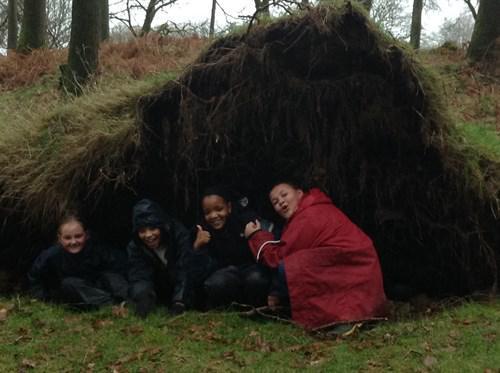 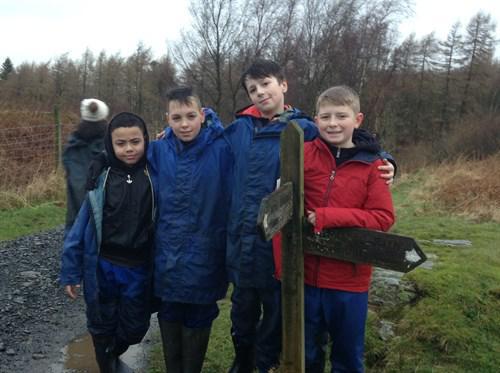 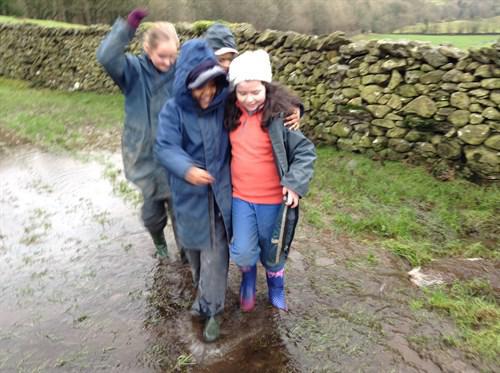 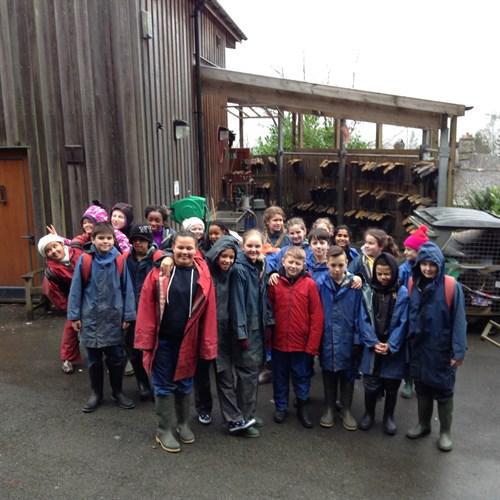 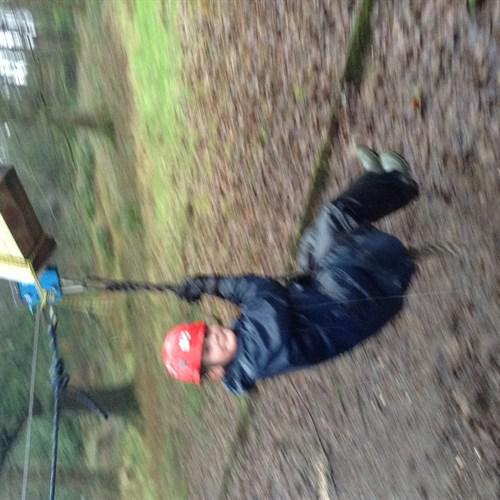 The first day was really cool. As soon as we left the coach we ate lunch (which was really tasty so thanks for making it) and any leftovers could be put on a tray which was saved for later. Then we were sorted into groups: my group was Tionne, Katy, Kaiya, Domonic, Thomas, Ocsean, Hannah, Mary-Kerrie, Stephanie, Nicole and Liam. Mrs Wilson was with us.

Our first activity was a long country walk in which we were driven in a minibus to the country and had to find our way back with pictures and signs. (So thanks for the extra thick socks to keep me warm) On the way we played a game called Foxes and Pheasants where Mrs Wilson and the group leader, Lisa, and they turned around whilst we hid in the bracken nearby. Then they tried to find us all hiding! It was such fun. When we got back to Ghyll Head we had tea and some free time. (Every lunch we had sandwiches and every tea we got a hot meal.) Then it was bed. I shared a room of eight with Connie, Katy, Erin, Isabella, Molly, Susannah and Tara.

The second day was rock climbing! We walked to a tall tower which had rocks jutting out the side. Three people were allowed to climb at once as long as their team were ready to help with the rope attached to the climbers harness. I had two goes but sadly I only got halfway the first time. It was really, really scary when you looked down though! On the second time I was racing against Mrs Wilson to get to the top. I got to the top and I beat her!!!! After that we went caving in cathedral caverns. It was called that because it had a large window and a large pillar-like rock which both made it look like a cathedral.

Wednesday was a very exhausting day! First we went scrambling up a huge mountain. There was even quick sand which sunk when you stood in it! It wobbled like jelly when you touched it as well. Katy got stuck in it and had to be pulled out quickly! The journey up the mountain was sooooooooooo tiring and when we finally got to the top we were exhausted! Later on we went canoeing. Fortunately, all our canoes were roped together so we couldn't tip over. We saw another group in our class who were going back to the boathouse but we were getting a little stuck so Lisa came over in a small motorboat and towed us along! You should have seen how furious the other group were when they saw us relaxing!

On Thursday, today, we did archery but no one hit Bulls eye. A few people got close, and I got a bit close. The middle was yellow and the one a bit further out from it was red. I hit that. After archery, in which we learnt how to load a bow with arrows, we went on a zip wire which was connected to the rock climbing wall. It was absolutely petrifying when you looked down but as soon as you jumped off the wall it was so fun!!!!! There was a tyre attached to the wire apparently in that was a ten pound note. If you reached it yo got to keep it but no one managed to actually even get close! We are about to go to a tepee tent with a fire and toasted marshmallows. I'm having a brilliant time!

Today we tried out a rope course everyone fell except me, Emma and Katy I was the first one to finish the course and then it was Katy. At the end there was a small zip wire and I thought it was going to break but it didn't it was sooooooo hard but I stil done it a couple of people made it a bit longer after Katy. The funniest thing was that at the start of the course there was a piece of rope high above the ground with a net around the rope, near the end Thomas fell in and his foot got stuck.

Happy birthday to me. Today we went on the zip wire ,I felt scared at first but it was so FUN!!!!! We also did archery that was hard ,you had to follow each step to get it right . I was not doing very well until the end when I get realiased that I was standing on the wrong side and using the wrong eye . When I changed around I got a bulls eye and beat Thomas ! After lunch we went hill climbing while it was raining ! It was so hard it hurt but I was resilient and carried on ! It was a big challenge but I did it in the end ! After dinner Mr Usher told Erin and I that we had to clean up even though it was our birthday ! Then Mrs Wilson and Mr Usher blind folded us and they brought us into the lounge , all year 6 at Ghyll head sang happy birthday. There were cakes on the table ! It was  a suprise and a joyful moment .

Today we went in some caverns at Cathedral Quarry. When we got to the tunnels and had to turn the torches off and walk through, it was pitch black and really scary. I felt like I was going in the wrong direction but Oscean helped me and we got through with team work. I felt very proud. Now we are looking forward to tomorrow night's stmaeys xfaxtor.

Today was a very slippery day, climbing in the cold and rain makes you realise how much resilience you need. Being resilient and working as a team, showing co-operation is what got us through it (and the hot chocolate). Next was the ropes course, which at points made our bodies go in different directions to the ropes, but we kept going and had a lot of laughs.

After lunch was the caves. It was a very mysterious and exciting adventure but the best part of it was when Hannah slipped yet again but Oscean grabbed hold of her being the good friend that she is. Then came the fight: a battle to the end; a puddle fight. Misses hair just blew up, bits of tree everywhere (that was Oscean's fault) but miss did start it by splashing us and jumping in the puddles. She lost the fight though, we were all soaked but her hair...well!

If you want to see photos of this, come back tomorrow.

Byeee having a great time.

Our first activity of the day was rock scrambiling and we started off well until our first challenge, where we had to fit through a really tiny hole with no helmet. Then we came to quick sand and Thomas, Mary-Kerrie, Dominic and Katy got stuck in the quick sand.  Dominic was dancing to try and avoid sinking, but he failed and fell. Thomas decided he didn’t want to wear his wellies, they stayed in the sand and he ran without them. Katy got her welly stuck and just fell forward.

Today the lake was finally calm so we got to go canoeing and  we were that bad that we had to be towed out the lake and row back but it was easy to get back thanks to the help of the wind. Next time we will work together more as a team.