The St Mary’s hockey team headed down to Manchester Girls School on Thursday to compete in the Manchester PE Association Quicksticks competition.

We got off to a fantastic start, beating Stanley Grove 4 - 0 in the first match and then winning 5- 0 against Manchester High School.  We drew 0 - 0 with St Cuthberts; before beating St Anthony’s 3 - 2 in the final game.

The team cooperated well and showed great determination and resilience in all games.

Well done to Sam for being awarded the School Games Determination award.

A huge congratulations to all players on finishing 1st in the competition & qualifying for the City-Wide finals!

The St Mary's Hockey Teams headed down to Cedar Mount for 2 weeks of the Quick Sticks Hockey tournament.

The children showed great resilience and played well together as a team.

St Marys Quick Sticks teams headed down to Stanley Grove on Monday to compete in the S & E hockey competition.

Both teams battled hard and showed great co-operation and resilience throughout all of the their games.

Well done to all players!

Two teams went down to Cedar Mount on Thursday to participate in the Quick Sticks Hockey tournament.  All children showed resilience and determination and thoroughly enjoyed the afternoon.  All teams played each other once in the league, with the top 2 qualifying for the City Wide Finals.  Team 1 finished top of the league and have qualified for the City Wide Finals, well done and good luck!  Team 2 just missed out, finishing 3rd in the league.  Well done to all children who played!

Hockey is played during PE lessons and during Extra-curricular activities.

St Mary's entered into the QuickSticks Hockey Tournaments 2016. We had a tough first round in the Quicksticks Hockey Tournaments playing some of the best schools in Manchester but we managed to push through into the 2nd round. In the second round, we didn't loose one game, drawing two and winning the remaining games but due to the high competition that wasn't enough, just missing out on a place in the Citywide Finals. Fantastic efforts from everyone that took part and thank-you for all the parents and careers for your support on the sidelines. 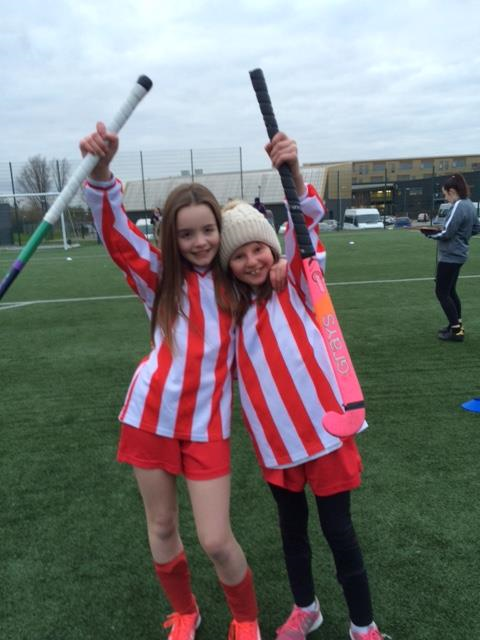 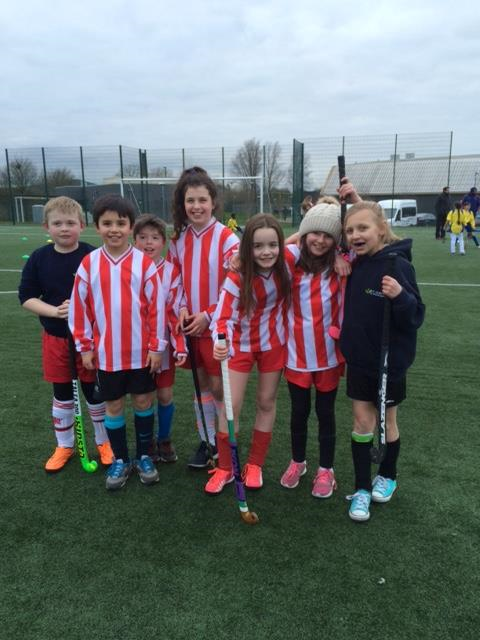